I read that you have Charcot-Marie-Tooth Disease, as do I. When were you diagnosed and have you been diagnosed with a specific type?

I have CMT1a, it’s the most common type of Charcot Marie Tooth Disease and for that I’m lucky as the most is known about it, but I’m the first case in my family, so no-one knew what to look out for and a lot of the symptoms seem like clumsiness in a child as I was growing up.

I was diagnosed haphazardly around the age of 18. I graduated from high school in England and immediately headed off on a coastal camping trip to celebrate, which was a lot more beach and beer than tranquil backpacking. I never did well on sand and sure enough i hurt my foot and it swelled up. It didn’t hurt though, so I carried on for a week before going back to my parents house. It was still swollen on my return, so my folks sent me to the doctor, who sent me to the hospital. After x-raying my foot the doctor was confused to inform me that not only was my foot broken (although it didn’t hurt), but there were 14 other fractures that had healed without me ever knowing and another 16 in my other foot. A long, drawn out process followed which narrowed it down to CMT and confirmed it with blood tests. Looking back, my parents knew there was something funny, but no-one could place it because I was missing the biggest clue; I didn’t realize I couldn’t feel my feet. Just like no-one would expect to feel something like their bones, I didn’t expect to feel my feet. It’s really hard to notice something you can’t feel.

How has CMT impacted your life? Has there been both positive and negative ways that it has affected you?

Ha! Yes, both I guess, but it depends when you ask me.

CMT is a really draining and annoying disease that varies from being inconvenient to painful quite unpredictably. Balance, fatigue and dexterity are my biggest issues, I’d certainly rather I didn’t have it. That being said it has quite definitely helped define who I am, and I happy with who I’ve become. CMT strongly influences what I can and can’t do in life, and when you can’t do something, there’s always another option. My restrictions are pretty much physical which has always pushed me to creativity as a solution or an alternative. An example, I love being outdoors but its hard moving around sometimes so I always rest. When I do I look around, talk, draw, sit, think – I do a lot of thinking. By not being physically able to do something makes me constantly question what I’m doing and pushes me into exploring new ideas in artistic ways. Another example is this fundraising project I’m working on, ‘CMT creates: music’. A lot of people would do something like get sponsored to run a marathon to raise money for charity, that doesn’t work for me so I decided to get sponsored to invent musical instruments.

What made you want to start ‘CMT creates: music’?

It was a coming together of ideas. I had moved to California and begun attending a CMT support group where not only did my knowledge and confidence around CMT grow, but I also learnt about the CMTA’s research program towards finding treatments and a cure. This was shocking to me because at this group I was both meeting other people with CMT for the first time, AND they were talking about finding a (previously impossible) cure. At the same time I was feeling a yearning to get an art project going, one that was bigger than me and involved the excitement of unknown collaboration.

So I dreamt up this plan to get sponsored to invent new musical instruments. $500 = a new instrument. Each one would be invented by a different person and we’d post the whole process online, alongside personal stories of living with CMT. It’s this intersection where the project has been most interesting, allowing the two separate worlds to mingle and meet one another, even if only being read in the same blog post.

What is your goal with CMT Creates Music?

There are lots of goals and they’ve all been surpassed except one.

Thousands have viewed the website from 60 different countries. Most people around me, or connected to me can now tell you roughly what CMT is and many of their friends and their friends friends too. The project has worked well at bringing the topic of CMT, in an interesting and engaging way, to an audience that has little or no connection to the disease.

This one we’re just short on, we’re at $4752… If anyone has $48 we’ll make our goal and I’ll make one more instrument! (Just follow the link… http://www.firstgiving.com/timjohnphillips)

Although we’re still looking for that last bit, I really had no idea we could raise this much money, people’s generosity has astounded me. I thought this might last a month or two, but with such enthusiasm and support we’re now 2.5 years in.

During that time the research has been going incredibly well. They’ve found the cause of CMT1a and the science behind how to treat it and are now working through all the rounds of testing. (You can read more about the CMTA StarTransformation Project.)

So many ideas and people have come together that it has far exceeded this goal.

-We’ve used the instruments as a vehicle to discussion in many locations, but a huge highlight was being selected to perform the instruments at the renowned music festival, Thingamajigs. It was such an amazing moment to see where this project had led, from nowhere to center stage with 9 musicians and these incredible contraptions, all while carrying forward the voice of CMT. Here’s a video of the show, I hope there’s even more excitment to come: 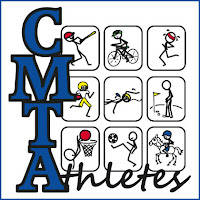 I know I have talked about my disability a little bit and about what it does to affect me in my daily life by weakening my muscles in my arms, hands, legs, and feet.  It also affects my peripheral nerves which causes numbness, tingling, pain, and loss of feeling in my extremities.

On top of all of that the Charcot Marie Tooth Association (CMTA) has put out a list of medications that can interact with the disability and make it progress at a faster rate.  It is insane how many drugs are on there!  Check out the list:

A Note about Alcohol

Alcohol was removed from the neurotoxic drug list in July 2004.  While people with CMT generally suffer no ill effects from the moderate consumption of alcohol, they should be particularly mindful of the fact that alcohol affects balance and coordination, and that overconsumption of alcohol is generally not recommend under any circumstances.  If you have questions about alcohol and your health, consult your physician.

Neurotoxic Medications and Worsening of Neuropathy:

The Charcot-Marie-Tooth Association has long maintained this “Medical Alert” list of potentially neurotoxic medications. It is published on this webpage, in the organization’s bimonthly national newsletter, in The CMTA Report, and in a brochure that is distributed along with a “Dear Medical Professional” letter advising physicians treating CMT patients that they should consider the potential risk of prescribing drugs known to have neurotoxic properties. The list is also freely copied and republished.

Do you have any medications or allergies that can be really annoying  when going to the doctor?  I always have to bring this list with me and I tell the hospital anytime I am at a new one and don’t have the paperwork on me.

After a few weeks at home I soon began to struggle.  I was constantly exhausted and there was not much I could do my hubby and his mom had both gone back to work and I was suddenly home alone with a newborn and I panicked.  I asked everyone for advice.  The responses were mixed […]

I may be a new mom this year, but that does not mean I haven’t been doing research for awhile on places where I could get even more educated with other moms and in doing that research I came across MommyCon!  I have been lucky enough to be selected as a MommyCon Blogger and Street […]

Let’s pause for a moment and talk about car seat safety.  It is child passenger week and I wanted to share some information with you all about carseat safety because it is ever changing and we can never be too safe with our children. Storks know how to keep kids safe. Do you? Visit safercar.gov/therightseat […]