I am a huge hockey fan (Go Red Wings!) so when I heard that goalie Josh Harding of The Minnesota Wild was diagnosed with Multiple Sclerosis (MS) I knew I needed to write about it.  He has not let his diagnosis change anything.  He is still out there on the ice playing professional hockey.  I believe he knows his days are numbered so he probably wants to play the game for as long as he can and from what I can see he is still an amazing goalie.  Some of the saves that he makes on  the ice are ones that make you question how he could have possibly got there to stop the puck, but he did.

He seems to have his good days and his off days but that is something that all players go through.  I think it is amazing to see that he did not let such a scary diagnosis bring him down.  From all of the quotes I have read in articles and listened to in videos he is just pushing himself even harder.

Since I have gone on and on about Josh Harding it’s time for me to tell you what MS actually is.  MS is a completely uncontrollable and unpredictable debilitating disease that affects your Central Nervous System which consists of your brain, spinal cord, and optic nerves (nerves for your eyes).  Due to it affecting all of these things it can cause anything from numbness in the limbs (like it can do with CMT) to paralysis and possible loss of vision.

MS is different from CMT because it is not caused from a problem with the chromosomes; it is an auto immune disease that attacks the myelin (the protective cover around the nerve) of the Central Nervous System which causes damage and creates the symptoms that I discussed above.

Do you know anyone with MS?

I have known a few people with MS and have watched them deteriorate.  It is hard to watch but some of them can be the bravest people out there.

How is the CMT Foot different from the average foot?

I know many people ask me how my feet differ from everyone else’s and they often ask this because they never see my feet. I tend to always have socks on my feet because they are so chilly.  Most Charcot Marie Tooth feet are what doctor’s call a Pes Cavus foot.  Before I took medical terminology in college I did not actually know what this meant.  All I knew what I have a Pes Cavus foot.  Isn’t that awesome?  It told me a lot… NOT.

Now, I was so excited to find this picture because it is going to show you a lot of what I am talking about.  As you can see the long bone in the arch that the big toe is attached to drops down drastically which the average foot does not have.  This bone placement is what causes the high arch of the foot.  You can see the difference in the second image that depicts the average foot.  You can see that there is a drastic change in the arch and toes as well as tendons of the foot.

Now that we have looked at and talked about that I want to point out how little of the foot actually touches the floor.  One day I want to get some paint and make my foot print on a piece of paper to show you just how little of my foot touches the ground and causes much of the balance problems that I have because of the CMT.  You can kind of see how little touches.  The foot will touch down on the heel, toe base, and along a thin line on the outside of the foot.  In addition to this “hammer toes” is very common among CMT patients where the toes curl and only the tips of the toes touch the ground.

A great way to show you what this feels like is to take your hand and put all of your fingertips onto the tabletop in front of you.  Your fingernails should be touching or almost touching the table and you now put weight down on them and you can get an idea of the kind of pain  that comes with standing on toes like that all of the time

I hope that the title really pulled you in because that was what I was trying to do.  This story is pretty old, but that doesn’t make it any less important.  Back in 2003 the Philadelphia 76’ers had a Canadian Basketball player get injured which lead to his diagnosis of Charcot Marie Tooth Disease.  I want you to see that even though in my family where we knew we had it and were diagnosed at a young age that isn’t necessarily how it works.  Todd MacCulloch was diagnosed with it and he never knew he even had it.

The crazy thing about this disease is how much it really varies between individuals.  One person could be “normal” until they hit their 50’s and it all goes down hill for them from there and then there is the opposite side of things where a baby is diagnosed and that child has to struggle their whole life.  The reality of it is that no one knows what it is going to be like for you. You can’t know what it will bring and doctor’s can only speculate and watch as things progress and tell you what they think might happen in the next year or five years based on how things have been for you specifically so far.

I don’t want to scare people into thinking that they have a disability, but there are some things to watch for to see if you have it:

I know that many of these symptoms are ones that also fit for other diseases, but I also want to include two images below.  These are what doctors call the typical CMT hands and feet.  If your hands and feet look like this it is very likely that you have CMT. 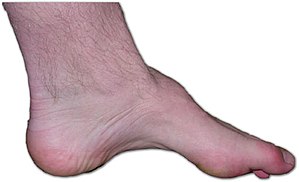 Let’s pause for a moment and talk about car seat safety.  It is child passenger week and I wanted to share some information with you all about carseat safety because it is ever changing and we can never be too safe with our children. Storks know how to keep kids safe. Do you? Visit safercar.gov/therightseat […]

I never thought I would be one of those over protective or over bearing moms, but I am finding that as I get closer and closer to my precious little boy being born I am getting to be even more over protective than ever.  Due to the fact that car seats and so gosh darn […]

Love, Hallmark is one of my favorite companies because they offer such a wide variety of products.  Many people only think about Hallmark as a greeting card company, but they offer so much more than just their amazing greeting cards.  Hallmark was sweet enough to send me this awesome box packed with four adorable items […]